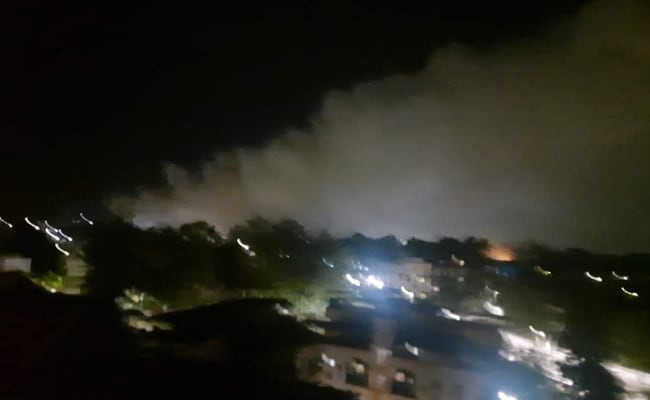 Gujarat gas leak: Three children were among those affected, said an official (Representational)

At least 15 people, including children, were rendered unconscious after inhaling chlorine gas that leaked from a cylinder in the premises of a water treatment plant in Matar taluka of Gujarat’s Kheda district, on Friday, an official said.

The affected persons, who lived near the plant, were admitted to a hospital in Tarapur town and were out of danger, fire officer Dixit Patel of Nadiad town fire brigade said.

The fire brigade brought the leak under control by spraying water on the cylinder for over an hour, he said.

The incident took place at a 16 MLD-capacity water treatment plant of the state Water Supply Department, situated on the outskirts of Pariej village on Kheda-Tarapur state highway, an official said.

Seven women, three children and five men were referred to a hospital in Tarapur town when they fell unconscious after inhaling chlorine, said Pravin Bhagat, revenue officer of Matar taluka.

Chlorine is used to purify water. According to eyewitnesses, a cylinder containing chlorine had been lying in a room at the plant for over 10 years, and it suddenly started leaking in the afternoon, the fire officer said.

“Before we reached, the on-duty persons used a JCB machine and dumped the cylinder into a culvert so that chlorine would get diluted in the running water without affecting people,” Patel said.

Although the fire brigade sprayed water on the cylinder till it emptied out, the initial leak in the air affected some people living near the plant, he added.