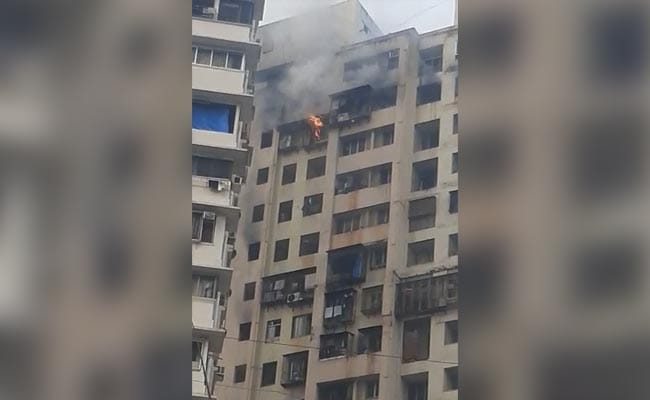 On being alerted, the fire brigade personnel and police rushed the spot.

Two people have died after a major fire broke out inside a 20-storeyed residential building in Mumbai this morning.

At least 15 people were also injured in the massive blaze that started around 7 am on the 18th floor of Kamla building opposite Gandhi Hospital at Gowalia Tank in Mumbai’s Tardeo area.

Mumbai Mayor Kishori Pednekar told news agency ANI that six elderly people needed oxygen support and were been shifted to the hospital. The fire “is under control but smoke is huge. All people have been rescued,” she added.

On being alerted, the fire brigade personnel and police had rushed to the spot.

A civic body official said 13 fire engines and seven water jetties, among others, are involved in the firefighting operation, adding that it was tagged as a level-3 (major) fire.

A doctor at the Bhatia Hospital said two people were declared brought dead.