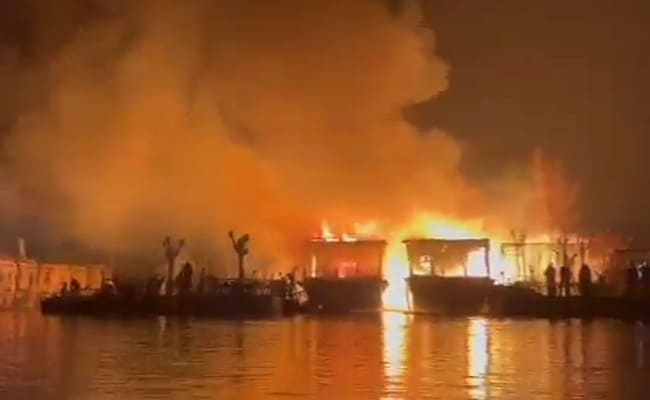 Dal Lake Houseboat Fire: Both the houseboats were completely damaged in the fire.

Two houseboats at Dal lake in Srinagar were burnt after they caught fire today morning, officials said. Fire officials rushed to the spot to control the fire and stopped it from spreading to other houseboats.

Both the houseboats- NewZealand And Apollo XI were completely damaged in the fire.

Although, officials said that the cause of the fire could not be ascertained.

Houseboats made of local cedar are a major tourist attraction on the Dal lake. Anchored separately on the Western side of the Dal lake, the houseboats, which are also called floating palaces, are interconnected with bridges. Each houseboat has a main part along with a kitchen-boat- residence of the boatkeeper.