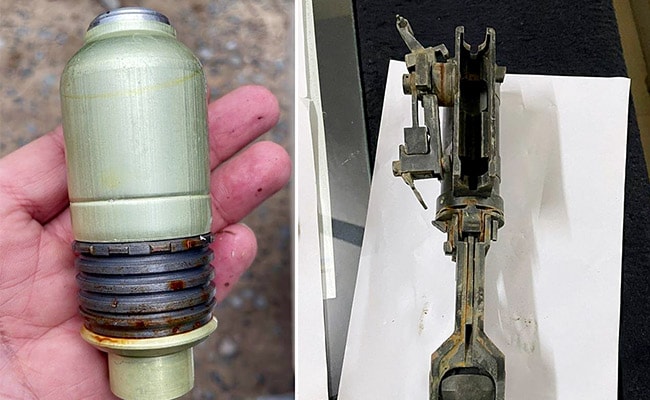 Thwarting a possible terrorist attack ahead of Republic Day, Punjab Police on Friday have seized RDX, a grenade launcher, two compatible grenades, nine electrical detonators and two sets of timer devices for IEDs from Gurdaspur. The police have also arrested one person.

As per the information, UBGL is a short-range grenade launching area weapon with an effective range of 150 meters and It could be detrimental to the VVIP security as well.

The recovery was made on the disclosure of Malkeet Singh, a resident of village Gazikot in Gurdaspur, who was arrested by the Gurdaspur Police on Thursday, based on secret information.

IG Mohinish Chawla said that investigations hitherto, in this case, has revealed that the arrested accused Malkeet was in direct contact with Sukh Ghuman, who had further conspired with ISYF chief Lakhbir Rode, an individual designated terrorist under UA (P) Act and fugitive gangster Arsh Dalla, native of Moga and now based in Canada. The consignment of explosives were sent by Lakhbir Rode from Pakistan, he added.

“Investigations are on to identify remaining members of the busted terrorist modules, recover the remaining terrorist hardware received by them and unravel the entire conspiracy, hatched by ISI of Pakistan and Lakhbir Rode,” he added.

The role of Lakhbir Rode was also found in killing of Comrade Balwinder Singh at Bhikhiwind on October 16, 2020 besides in the recovery of tiffin IED, RDX, arms and ammunition from his relative Gurmukh Singh Rode from Jalandhar in August 2021.

Lakhbir Rode’s role was also prominently figured in the recently busted terror module at SBS Nagar. Sukhmeetpal Singh alias Sukh Bhikhariwal, who is presently lodged in Tihar Jail, Delhi was also involved in the killing of Comrade Balwinder Singh and in case of a murderous attack on Honey Mahajan at Dhariwal on February 10, 2020.

He was deported from Dubai in December, 2020. Sukh Bhikhariwal provided foot soldiers, arms and ammunition, logistics, funds, etc for execution of these crimes.

It is pertinent to mention that during November-December 2021, the Gurdaspur Police had busted two terrorist modules controlled by ISI of Pakistan and arrested four members of the modules besides recovered around 1 kg RDX, six hand grenades, one tiffin box IED, three electrical detonators and two pistols.