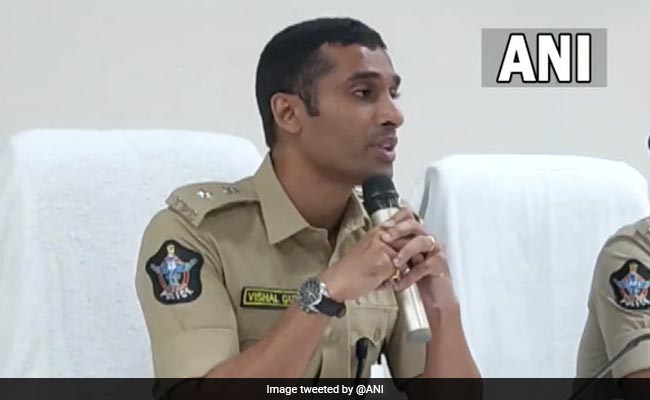 The police department formed a total of four teams to monitor the case.

The TDP leader was killed on Thursday in his village in Andhra Pradesh’s Guntur district.

“The Andhra Pradesh police have arrested all 8 accused persons involved in the heinous murder of a TDP slain leader Thota Chandraiah at Gundlapadu village in Veldurti Mandal of Guntur district, within 24 hours,” said Vishal Gunni, Superintendent of Police (SP), Guntur Rural District, in a press conference held at his office in Guntur town on Friday.

Terming it as a great achievement of the police personnel who engaged in investigating the case, collecting the facts, apprehending all the accused within no time, Mr Gunni warned that any accused in any heinous crime would face stringent punishment.

“Thota Chandraiah was killed around 7 am to 7.30 am on Thursday. When Chandraiah was riding his bike in the village, the accused persons stopped him and killed him by using knives. As soon as the incident happened, the concerned DSP, CI and other police personnel rushed to the spot and secured the facts and collected evidence related to the crime scene,” he said.

He said that the police department formed a total of four teams to monitor the case. As many as 4 Circle Inspectors and 6 Sub Inspectors of Police worked on it.

The SP further said that all these eight persons killed the victim with pre-planned conspiracy.

“They had a clash over a cement road in the past. Apart from that, in a function held recently, where some people informed Sivaramaiah that Chandraiah was planning to kill him. Then, Sivaramaiah took that assumption serious and killed Chandraiah even before he reacted. As planned, Sivaramaiah killed Chandraiah in a heinous manner. Police has taken up this case very seriously and an impartial investigation has been launched into the incident,” he added.