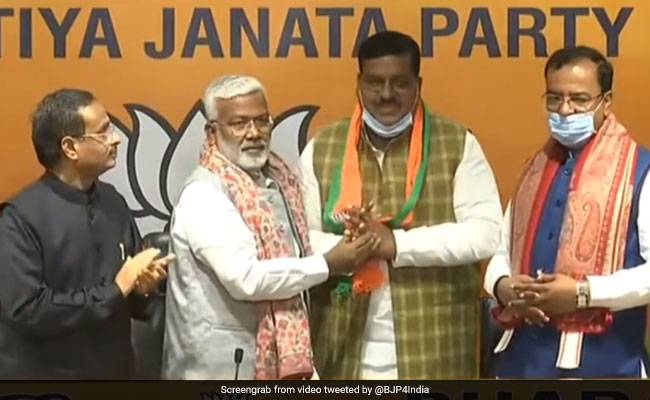 Subhash Rai move to join the BJP comes days after the high-profile induction of Aparna Yadav.

Noting that Mr Rai was in the BJP earlier, Mr Singh said his return to the party was “ghar wapsi” which will strengthen it in the region.

“There is rule of law in the state. Peace and spirit of nationalism are in ascendence in the state,” he said, saying that the Jalalpur MLA joined the party due to these reasons.

BJP MP and its chief spokesperson Anil Baluni said a wave in his party’s favour is blowing in the state and that those who want to practice politics of development and nationalism are joining it from other parties too.

She also said that for the safety of women, it is necessary that a BJP government is formed in Uttar Pradesh.

“I have also been influenced with BJP’s works and schemes including Swachh Bharat mission, the welfare of women, employment. I will work in my fullest capacity,” she added.

The BJP is widely expected to give her a seat to contest. But for the party, getting her on board is more about optics and getting back at Akhilesh Yadav after many prominent backward caste leaders switched to the Samajwadi Party last week.

With inputs from PTI