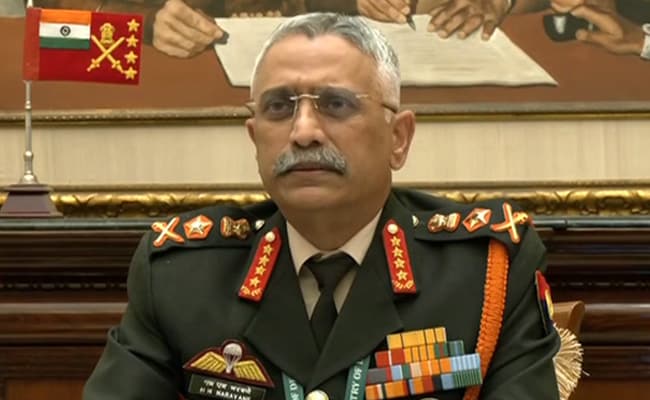 Army Chief General MM Naravane said “appropriate action” will be taken against troops involved in the killing of 14 civilians during an operation that went horrifically wrong in Nagaland last month.

“Appropriate and corrective action will be taken based on the outcome of the investigation,” General Naravane said during his annual press conference.

The General called the incident – which involved troops from the elite 21 Para SF and occurred in the northeastern state’s Mon district, and in which one soldier was also killed – “regrettable”.

The Army is conducting an internal inquiry – led by a Major General – into the killings.

The inquiry team visited Oting village – home to 12 of the 14 men who died – on December 29 to inspect the ambush site and understand the circumstances that led to the deaths.

The Army has already (twice) asked the public for any information, including photographs and videos, of the botched ambush and the violent confrontations that followed.

The killings have generated massive backlash against the Army and, specifically, the controversial Armed Forces (Special Powers) Act, or AFSPA, that is in force across much of the northeast.

Under AFSPA security personnel stationed in “disturbed areas” are given sweeping powers, and the relatives of those killed, as well as the Nagaland government and concerned groups, fear the centre will invoke this law to protect the soldiers involved from criminal charges.

Nagaland Police had filed an FIR against the 21 Para SF troops involved, in which they have alleged that the security forces’ “intention (was to) murder and injure innocent civilians”.

Two weeks ago, the Army agreed to give a police SIT, or special investigation team, access to the statements of officers and soldiers who took part in the failed ambush.

The entire incident also triggered furious protests against AFSPA, with the Nagaland Chief Minister Neiphiu Rio and his Meghalaya counterpart, Conrad Sangma, leading calls for the law to be revoked.

Widespread protests against AFSPA erupted across Nagaland after the killings and have continued since; on Monday hundreds began a two-day walk from Dimapur to Kohima.

Students’ federations in the state have also raised their voices against AFSPA.

In Manipur, where elections will start February 27, AFSPA has become a big political issue.