BJP Leader, Seen Without Mask, Throws One Away When Given 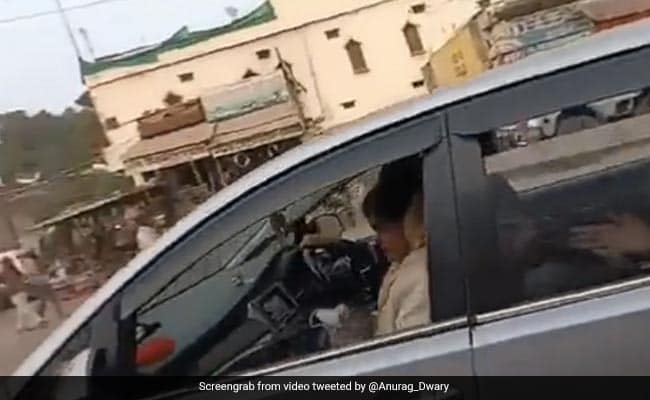 The visuals show her throwing away the mask as soon as a worker gives it to her.

A video of Madhya Pradesh BJP leader Imarti Devi throwing away a mask given to her by volunteers of Aam Aadmi Party is doing the rounds on social media. The incident happened on Friday when the volunteers were distributing masks in Datia district to those who were seen without it.

The former state minister, who was travelling by a car, was stopped by the workers as she wasn’t wearing a mask, dubbed as one of the most effective methods to stem the spread of COVID-19. The visuals show her throwing away the mask as soon as a worker gives it to her.

This comes even as the state is witnessing a surge in cases. The COVID-19 tally in Madhya Pradesh reached 8,71,632 on Friday with the addition of 9,603 cases, while the death count increased by four to reach 10,557 in the last 24 hours, a health department official said.

A loyalist of Union Aviation Minister Jyotiraditya Scindia, she was recently appointed the chairperson of small-scale industries corporation in the state.

Imarti Devi was the Minister of Women and Child Development in the Kamal Nath led Congress government. She and 21 MLAs along with Jyotiraditya Scindia, who was then in the Congress, had switched to BJP in March 2020, toppling the Kamal Nath government.