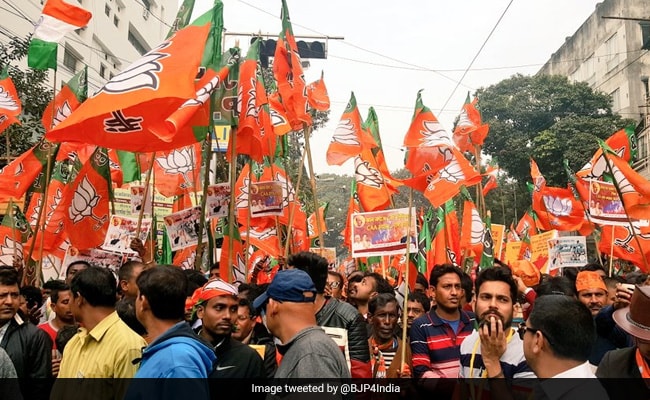 The BJP accounts for over 80 per cent of this hate pandemic.

As another election season looms, hate speech by high ranking politicians is surging – by1,130 per cent since the Modi government came into power in 2014, compared to  the UPA-2 regime, an NDTV analysis has found.

In the past three and a half months, ‘VIP’ hate has spiked further above the average by over 160 per cent as polls draw closer.

The BJP accounts for over 80 per cent of this hate pandemic.

The tracker also includes comments that may not directly be communal, but are “dog whistles” – loaded against a community or religion in an indirect or coded way.

It does not include crude or sexist remarks that are derogatory to women. 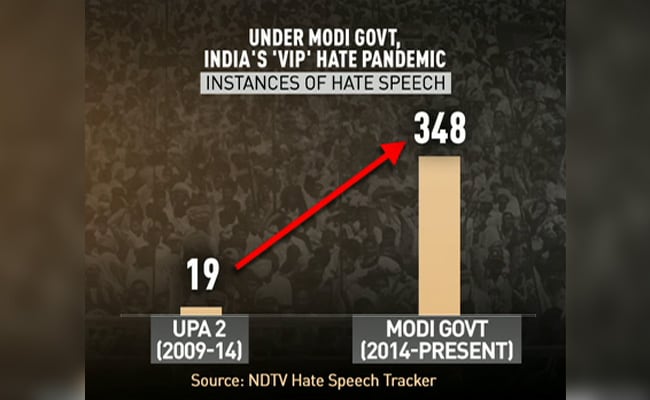 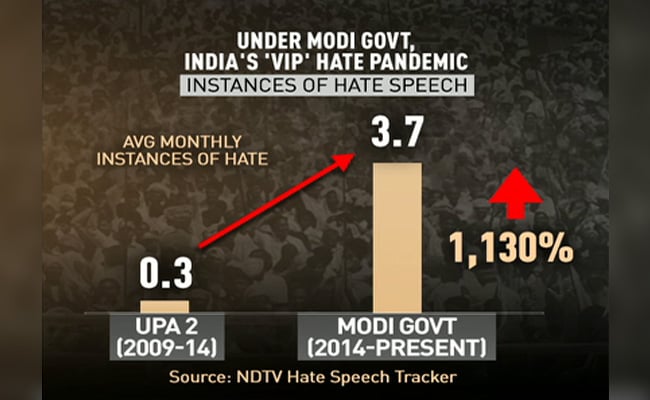 While politicians from most parties have made it to the list, data shows that the BJP tops the list, with 297 instances of high ranking hate. The Congress came a distant second with 10 instances of hate speech. 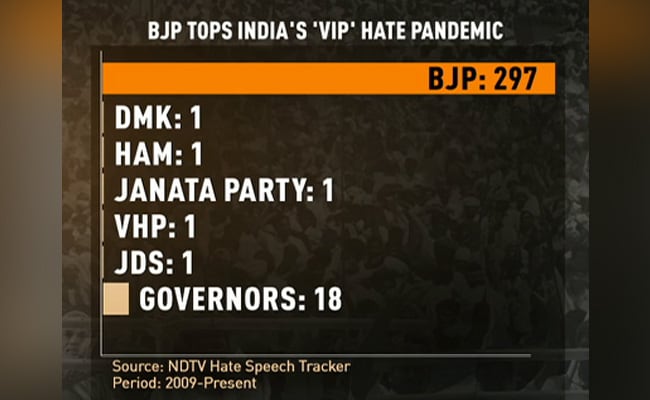 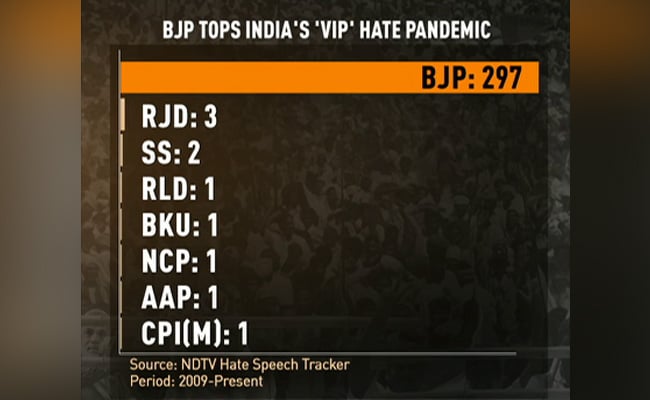 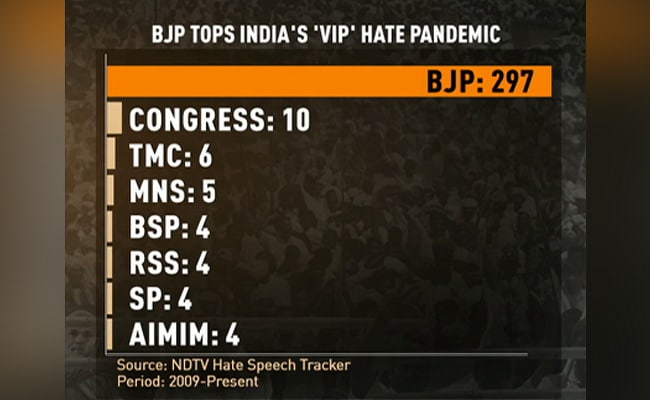 NDTV’s tracker finds this trend has worsened in the recent months, in the run up to the assembly polls in five states. Just since October this year, there have been 34 instances of hate speech by ‘VIP’s.

This is an average of close to 10 a month, over 160 per cent more than the monthly average of the Modi years.

For instance, less than a week ago, the Chief Minister of Assam, Himanta Biswa Sarma speaking at a public event in Telangana, said that just as the BJP government scrapped Article 370 in Jammu and Kashmir, they would wipe out the name of Asaduddin Owaisi, who is the MP from Hyderabad, capital of the Telangana region.

The Union Home Minister, Amit Shah, while speaking at an event in Uttar Pradesh in November, said that while the BJP government has brought in a ‘JAM’ scheme -Jan Dhan Bank accounts, Aadhaar Card, and Mobiles, the Samajwadi Party also has a ‘JAM’ which stands for Jinnah, Azam Khan and Mukhtar.

Yogi Adityanath, the Chief Minister of Uttar Pradesh, repeatedly used the term ‘abba jaan,’ in his speeches to insinuate that only Muslims reaped the benefits of government schemes under the Samajwadi Party government.

“Before 2017 polls, how many lungi chhaap goons used to roam around.. those wearing jalidar topi with guns in their hands… Who used to threaten traders? Since the BJP government was formed, can you even see such goons?” he said.

The BJP’s youth leader and elected MP from Karnataka, Tejasvi Surya, again in December, said Muslims, even those from Pakistan, should be ‘converted back’ to Hinduism; comments he had to withdraw after backlash.

These findings come at a time when the Supreme Court has issued notice, amongst others, to the government of BJP-ruled Uttarakhand in response to a petition which drew the court’s attention to the inaction by the Uttarakhand administration against a gathering of so-called religious leaders who made a series of genocidal threats against Muslims.

It’s been over three weeks since that event, and not a single one of the speakers has been arrested.

Under Indian law, hate speech is a punishable offence, with imprisonment upto three years or a fine or both. But barely any of these high-ranking hate-spewing politicians have faced any legal action, or even reprimands by their parent parties.