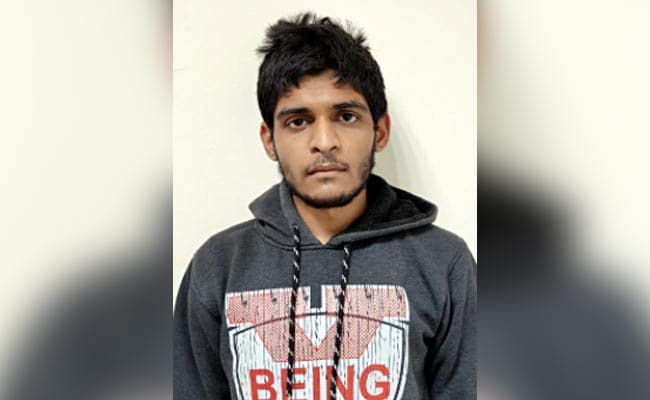 Neeraj Bishnoi, 21, has been described as the main accused in the Bulli Bai case

Neeraj Bishnoi – the main accused behind the ‘Bulli Bai‘ app used by right-wing extremists to ‘auction’ Muslim women – showed no remorse for his actions during police interrogation, sources said Friday.

Instead, he claimed to have done what he thought was “right”, sources told NDTV.

Bishnoi, 21, and a second-year BTech student from an institute in Bhopal, was arrested by Delhi Police from Assam’s Jorhat district yesterday. Officials told NDTV they had recovered the device used to create the app that was hosted on GitHub, a Microsoft-owned software-sharing platform.

He was presented in court on the same day and sent to seven days’ police custody.

Sources today said Bishnoi, a resident of Assam, had been tracked down via digital surveillance of a Twitter handle – @bullibai_ – that he created, and which has now been suspended.

The app itself has now been deleted, after GitHub initially only blocked it.

Sources said that interrogation so far had revealed the app was actually developed in November and it went public on December 31, at which time another Twitter handle – @sage0x1 was created to spread the word.

Bishnoi reportedly also created a @giyu44 handle that he used to mock Mumbai Police – he referred to them as “slumbai police” – after they announced the three earlier arrests.

That handle, which remains active, contains multiple tweets of an abusive nature and a pinned tweet with a collection of screenshots taunting police over their arrests, as well as a ‘confession’.

“You have arrested the wrong person, slumbai police… I am the creator of #BulliBaiApp… Got nothing to do with the two innocents whom u arrested, release them asap…” the tweet reads.

It was posted at 10.42 am on Wednesday, a day after 19-year-old Shweta Singh was arrested.

Bishnoi is the fourth person to be arrested in connection with the ‘Bulli Bai‘ app, following those of Mayank Rawal, 21; Shweta Singh; and Vishal Kumar Jha.

Mumbai Police have described Singh as the “mastermind” in a case that has triggered widespread outrage over the vile targeting of Muslim women journalists and activists online.

Sources have said a direct link between Singh, who is from Uttarakhand and has been described by police as ‘the brain behind the app’, and Bishnoi is unclear at this time.

Authorities believe the two, however, were in contact via social media.

That this is the second time in less than a year – after the shocking ‘Sulli deals’ – Muslim women have been so attacked only adds to concern over the level of hatred shared online, apparently with little pushback from authorities, against women and minority communities.

‘Sulli‘ is a derogatory slang word used by the right-wing against Muslim women in India.

The ‘Bulli Bai‘ app was a clone of ‘Sulli Deals’. There was no actual sale involved, but that was not the point; The purpose was to degrade, humiliate and harass Muslim women.

“It is very sad that as a Muslim woman you have to start your New Year with this sense of fear and disgust. Of course, it goes without saying that I am not the only one being targeted in this new version of ‘sulli‘ deals. Screenshot sent by a friend this morning,” Ismat Ara, a journalist, tweeted.