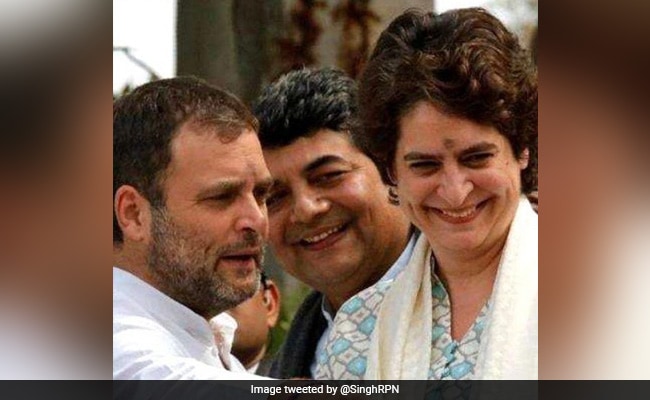 Soon after RPN Singh quit the Congress and joined the BJP, Priyanka Gandhi Vadra’s sharp comment was conveyed by the party.

“The battle which Congress party is fighting can be fought only with bravery… It requires courage, strength and Priyanka Gandhi has said that coward people can’t fight it,” Congress Spokesperson Supriya Shrinate told reporters.

Priyanka Gandhi is leading the Congress campaign in UP. Since she took over as the party’s UP in-charge in 2019, she has lost three big leaders in the state.

Jyotiraditya Scindia was in charge of UP along with her in the 2019 national election but the next year, he quit the party and took many Madhya Pradesh MLAs with him, causing the Congress government in the state to crash.

Last year, Jitin Prasada, a prominent Brahmin face of the party in UP, quit and joined the BJP.

RPN Singh was one of the Congress’s most prominent OBC (Other Backward Class) leaders in Uttar Pradesh.

For the BJP, Mr Singh’s joining is a way of countering the narrative after several backward caste leaders quit the party in recent weeks.