Delhi Sees Best Air Quality In Over 2 Months Due To Rain, Strong Winds 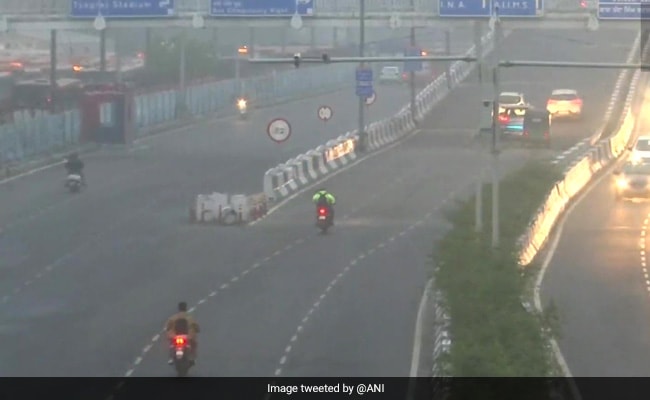 Delhi reported its best air quality on Friday in over two months with agencies predicting that rain and strong winds may yield the first “good” air day of the year on Saturday.

The Ministry of Earth Sciences’ air quality monitor, SAFAR, said the AQI improved to the “moderate” category due to rain.

More rain and stronger winds on Saturday will further improve the air quality to the ‘satisfactory’ category or the ‘good’ category.

However, a dip in temperature and wind speed thereafter will allow accumulation of pollutants, it said.

An extended monsoon season and record-breaking rainfall gave Delhi its best air quality in October in four years, but the air pollution in November was the worst in the month since 2015.

Moderate rain is likely in the capital on Saturday, the India Meteorological Department said.

The Safdarjung Observatory, considered the official marker for the city, had recorded 7.3 mm of rainfall on Wednesday under the influence of a western disturbance.

A fresh WD will lead to light to moderate rainfall over Punjab, Haryana, Delhi, north Rajasthan and west Uttar Pradesh over the next two days, the IMD said.