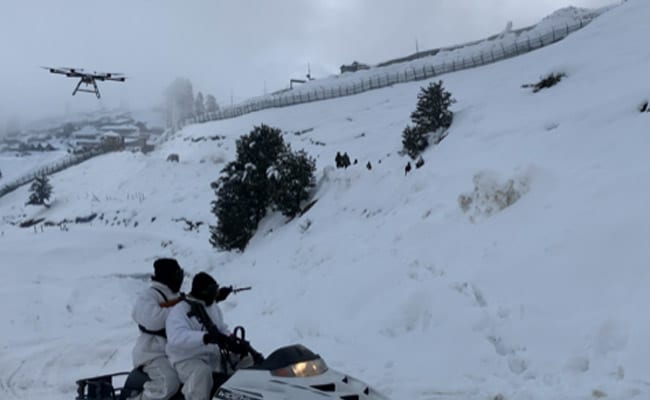 With temperatures dropping several degrees below the freezing points and incidents of heavy snow and avalanches, technology is helping the Indian Army secure the border areas and the counter-infiltration grid along the Line of Control in Jammu and Kashmir.

Drones and snowmobiles have become important additions to the Army’s arsenal for deployment in snow-covered and difficult terrains where patrolling becomes difficult due to unpredictable and inclement weather conditions.

In Jammu and Kashmir’s Keran sector, troops stomping through the snow while patrolling the border with Pakistan need to be alert as even winter cannot stop attempts of illegal crossover.

“Whether it is rain or snow or cold, the patrolling must continue. There is no difficulty in performing our duties since we are fully trained and equipped,” said a soldier guarding the area. 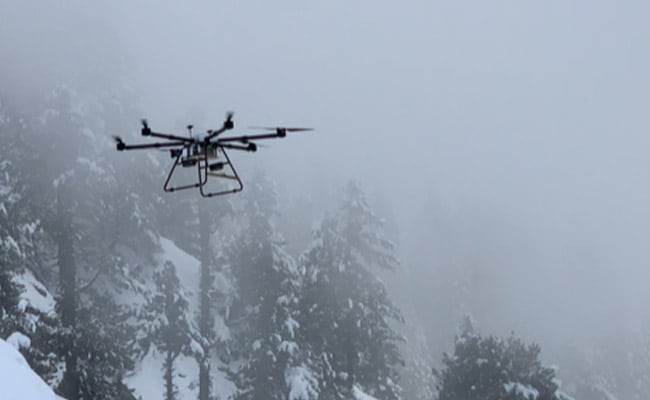 The Avalanche Rescue Teams along with the Quick Reaction Teams making rounds of the snowy peaks help deal with any eventuality during freak weather events.

Besides surveillance, drones play a crucial role in transporting urgent supplies like medicine and other logistics over the mountain ranges, the Army said. This is a huge benefit as it helps cover areas that cannot be accessed quickly by the soldiers.

“Drones are being used for surveillance at all times. It’s very useful. In difficult terrain, where our troops face difficulty to reach, we put the drones in action,” said Rudhrapal Singh, a soldier.

Another soldier Vikas Kumar who operates the drones said that technology is helping the Army provide assistance to any soldier when stuck in the snow.

“If our jawan is stuck and needs immediate medical support, we send drones with medicine and medical equipment,” he said.

The guns have fallen silent along the Line of Control for nearly a year since India and Pakistan renewed the 2003 ceasefire agreement. But for troops posted along the border, lowering their guard is not an option.

According to officials, there have been consistent attempts to smuggle in weapons and drugs from across the border.

At the recent meeting of the Security Core Group in Srinagar, the Army said that the situation along the borders has improved after the ceasefire agreement and that there has been a significant drop in infiltration bids.

The Army, however, cited intelligence reports about active terrorist launch pads across the LoC, asking troops to remain alert.