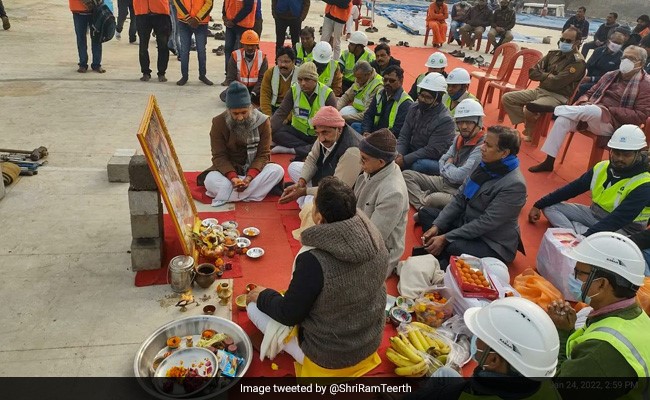 Work at the Ram Temple in Ayodhya is underway in full swing as workers today began placing blocks of granite on the raft built at the temple site.

“This afternoon, the work of elevating the floor of the temple has been started by placing blocks of granite stone on top of the raft built at the site of Shri Ram Janmabhoomi temple. Trust members, revered saints and senior administrative officers were present on the occasion,” the official account of Shri Ram Janmbhoomi Teerth Kshetra, the trust constituted to look after construction and management of the temple, tweeted.

Today the process of placing granite stones over the raft built at the Shri Ram Janmabhoomi site was initiated after Pujan. These granite stones will help raise the flooring of the Mandir.

Members of trust, Pujaniya Sant & administrative officials were present on the occasion. pic.twitter.com/pf2NXv82QP

Priests and construction workers offered prayers before the stones were laid to raise the elevation of the temple floor. 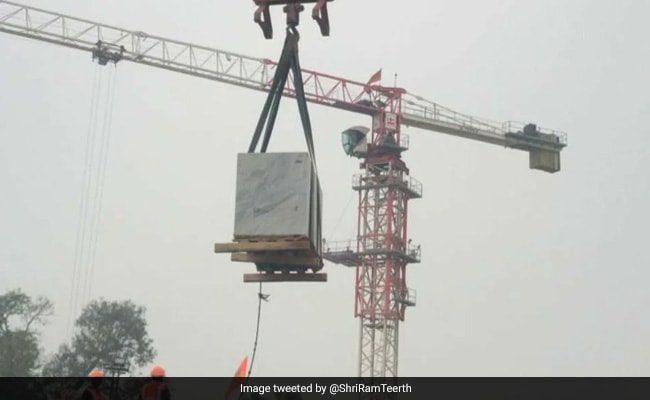 The temple – the construction of which started on August 5 last year with the foundation stone being laid by Prime Minister Narendra Modi – is expected to be ready by December 2023. Around four lakh cubic feet of stone and marble from Rajasthan will be used for the building which will stand 161 feet over the sanctum sanctorum.

The temple complex will house a pilgrim facilitation centre, museum, archives, research centre, auditorium, cattle shed, a place for rituals, an administrative building, and rooms for priests. There are plans to conserve and develop nearby heritage structures like “Kuber Tila” and “Sita Koop”.

The construction at the site – caught in a legal dispute for decades – started after the Supreme Court handed it over for a temple in 2019. A mosque built by Mughal emperor Babar over what activists believed to be the birthplace of Lord Ram was razed in 1992, setting off one of the most visceral political issues in the post-Independence era.