How Tonga Eruption Caused An “Environmental Emergency” In This Country 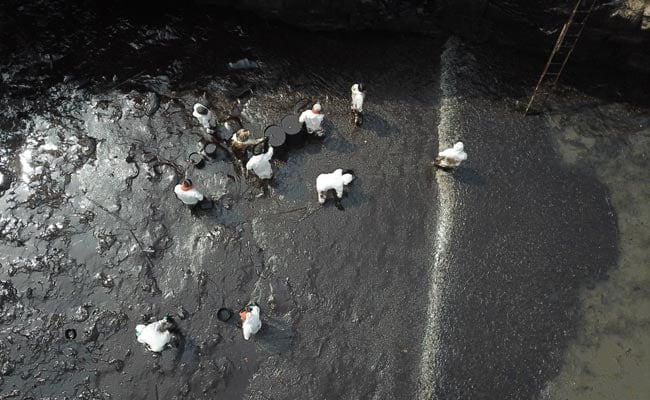 Peru declared an environmental emergency Saturday as an oil spill caused by freak waves from a volcanic eruption in the South Pacific keeps spreading.

With the 90-day decree, the government said it plans “sustainable management” of 21 beaches tarred by 6,000 barrels of oil that spilled from a tanker ship unloading at a refinery last Saturday.

One aim of the decree is to better organize the various agencies and teams working in the aftermath of the disaster, said the environment ministry.

The spill followed the stunningly powerful eruption last Saturday of an undersea volcano near the nation of Tonga, unleashing tsunami waves around the Pacific and as far away as the United States.

In Peru the oil spill near Lima has fouled beaches, killed birds and harmed the fishing and tourism industries.

The government is demanding payment of damages from the Spanish energy giant Repsol which owns the refinery.

The environment ministry said 174 hectares — equivalent to 270 football fields — of sea, beaches and natural reserves were affected by the spill.

Crews have been working for days to clean up the spill. But the ministry said it has issued the emergency decree now because the crude still in the water keeps spreading and now reaches 40 kilometers (25 miles) from the spot of the original spill.

In declaring the emergency Saturday, the environment ministry said “the spill amounts to a sudden event of significant impact on the coastal marine ecosystem, which has major biological diversity.”

It said that over the short term Repsol is responsible for emergency clean up operations.

Its refinery is in the town of Ventanilla near Lima.

Repsol has said the spill occurred because of freak waves caused by the eruption in the Pacific.

The company is arguing that it is not responsible for the spill, however, because it says the government gave no warning that there might be rough waters from that undersea blast half way across the world.

Repsol said it is “deploying all efforts to attend to the remediation of the spill.”

Last week fishermen and other local people who live off the sea and tourism staged protests over the sudden loss of their livelihood.