Huge Festival Allowed For Bengal By Court Despite Covid Surge 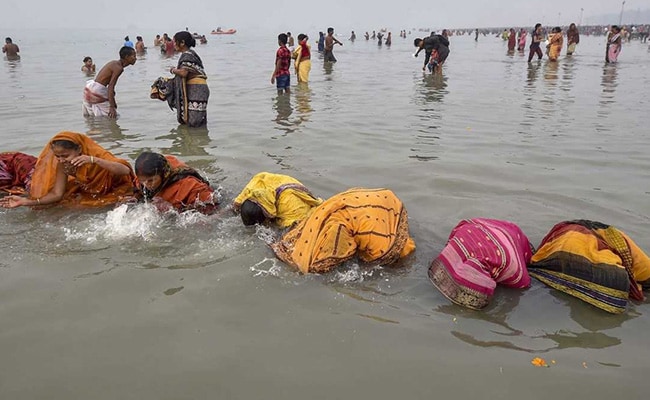 Hundreds of thouands offer prayers, bathe, and visit the old temples in the region

The Calcutta High Court today rejected a bid to cancel Bengal’s Ganga Sagar Mela despite fears the vast gathering could spread coronavirus infections as the country sees an Omicron-driven surge in cases.

Hundreds of thousands of people are expected to attend the annual religious festival, which begins tomorrow on an island where the Ganga enters the Bay of Bengal.

It marks the harvest season and will continue till the next weekend ahead of the new moon on January 17.

Kolkata-based doctor Avinandan Mondal sought a court order to ban the festival over coronavirus concerns, with infection rates surging in a country that saw a deadly wave last year.

New cases passed 1,00,000 today and authorities in several megacities have brought in restrictions as they seek to slow the spread of the virus.

But the Calcutta High Court rejected the request, instead asking the state government – which estimated the attendance at no more than 5,00,000 and supported the gathering – to issue advertisements warning people about the risks of attending.

“People from all states in the country will attend the religious festival and take a holy dip,” environmentalist Subhash Dutta told AFP.

“They may carry variant viruses and this religious festival may end up being the biggest superspreader in the coming days,” he added.

The Sagar island site is one of the most sacred places for Hindus and it receives millions of pilgrims each year.

People travel on trains and buses, trek, and finally take boats to reach the sacred island to offer prayers, bathe, and visit the old temples in the region.

Last year’s deadly wave of infections in the country was preceded by the huge 12-yearly Kumbh Mela festival when millions of Hindus from all over the country descended on the banks of the Ganga in Haridwar.

The pilgrimage saw people walking the revered river in the morning without masks and scant regard for social distancing.

The mass gathering was blamed for a significant surge in infections for weeks as people returned to distant towns and villages across the country.

It’s Getting Colder. Delhi Could See 5-Degree Drop This Week

It’s Getting Colder. Delhi Could See 5-Degree Drop This Week