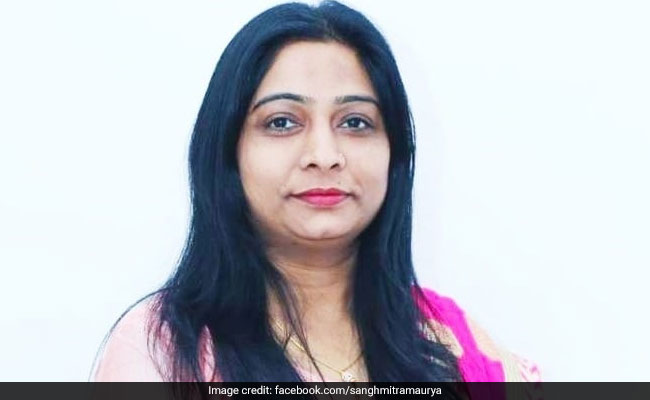 BJP MP from Uttar Pradesh’s Budaun Sanghamitra Maurya, whose father and UP minister Swami Prasad Maurya recently defected to the Samajwadi Party, asserted that she is very much a BJP worker and expressed her loyalty to Prime Minister Narendra Modi.

At her constituency for the first time since her father quit the BJP, Ms Maurya took part in the filing of nomination papers by her partymen for the upcoming Assembly polls.

Polling in Budaun and other neighbouring Assembly seats will be held in the second phase of elections on February 14.

Sanghamitra Maurya exuded confidence that the BJP will win all six Assembly seats of the Budaun district.

“I am a BJP worker and have full faith in Prime Minister Narendra Modi,” she said. Asked about her father Swami Prasad Maurya’s assertions that there is no respect for backward and Dalits in the BJP, she said this matter has reached PM Modi and he will find a solution.

About her post on social media on herself and Aparna Yadav, who had recently joined BJP after quitting Samajwadi Party, Sanghmitra Maurya said, “I had only asked in the post since when sisters and daughters began having caste and religion.”

It was a comment on those who have been giving suggestions without asking, she said, referring to her Facebook post after being attacked over her father quitting the BJP.

“Should it be also associated with ‘varg‘ (class) that the daughter is (Maurya) backward and daughter-in-law (Bisht) is upper caste?” she had asked in the post.