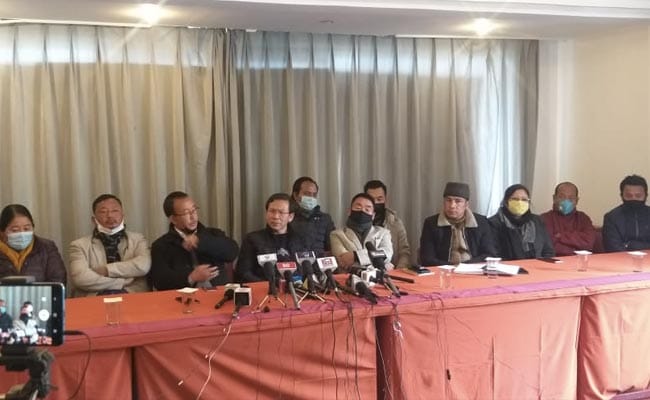 Several top leaders are among those who have exit.

In a major setback to the Sikkim Democratic Front (SDF), the key opposition party in the northeastern state, and its head and former Chief Minister Pawan Kumar Chamling, 42 party leaders, including Vice President Ganesh Rai, today submitted their resignations. They have decided to form their own party.

“It is with a heavy heart that we are leaving the SDF. We wished to usher many reforms in the party since the 2019 electoral loss. Along with that the aspirations of the Sikkimese people that were not being fulfilled by the current government, prompted us to resign from SDF party. We have quit the party with the intention of competing in the 2024 elections and we will be floating a party in 2022,” said Mr Rai.

Mr Rai said he has served the SDF with sincerity, while also claiming, “Many accusations will come. They will say that we betrayed the party, but this is more of existential flexibility, as our devotion and responsibility lie with serving the people of Sikkim, which we were unable to fulfill with SDF.”

Ganesh Rai’s wife Tulsi Devi Rai also served as a minister in the SDF government till 2019.

On her resignation, Mr Rai said, “She has been unwell for the past three years and in the same period she has not renewed her membership with SDF which directly means she is not a member of SDF. She is with me in the current situation.”