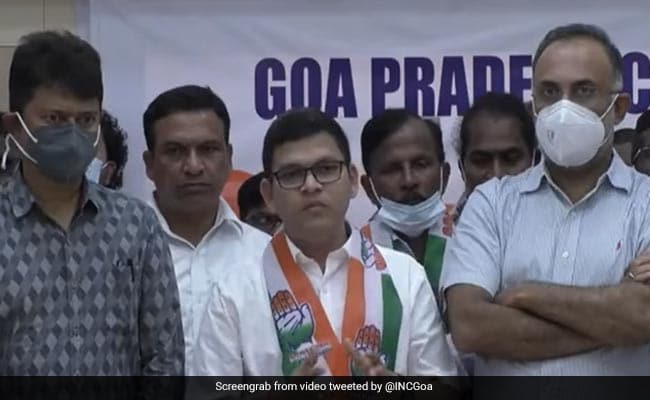 “I have tendered my resignation as an MLA,” Prasad Gaonkar said.

Independent MLA Prasad Gaonkar on Sunday resigned as a member of the Goa Legislative Assembly, a month ahead of the elections.

He is set to join Congress. The Sanguem MLA submitted his resignation to the Goa Assembly Speaker.

With his resignation, the strength of the 40-member House has been reduced to 33.

“I have tendered my resignation as an MLA. I would be joining the Congress party soon to contest from the Sanguem constituency,” said Mr Gaonkar.

The Assembly elections are scheduled to be held in the coastal state on February 14.

Interestingly, Congress has lost a bulk of MLAs to the ruling BJP over the last five years, leaving the party with only two legislators as of now.