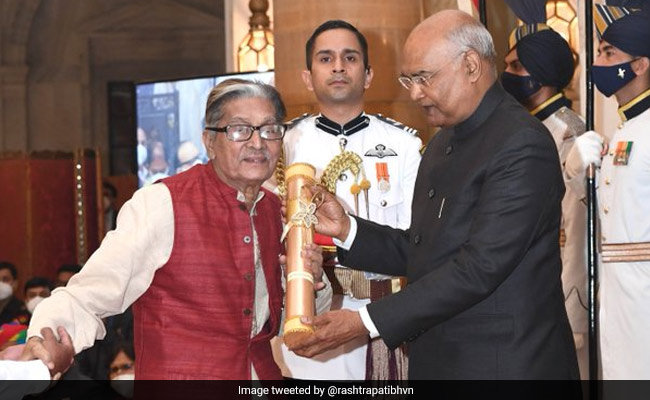 Mr Sinha was chosen for a award for his play based on the life of Ashoka.

Upendra Kushwaha, a former Union minister who now heads the JD(U)’s parliamentary board, demanded that the award, announced recently but yet to be handed over to Mr Sinha, be withdrawn forthwith.

Mr Kushwaha also asked ally BJP to take action against the Padma Shri awardee playwright who is the national convenor of the party’s cultural cell.

“He (Mr Sinha) has made a very foul remark about Samrat (emperor) Ashoka. He does not deserve the award and the same should be withdrawn. The party, of which he happens to be an office-bearer, must also take action if it wants to avoid backlash,” said Mr Kushwaha.

One of the most intriguing historical characters of ancient India, Ashoka, whose name is suffixed with “the Great” by scholars the world over, was the grandson of Chandragupt Maurya who founded the Maurya dynasty of Magadha.

Maurya, who was born in a family of poor shepherds and rose to become the most powerful king of his times, has been a cult figure of sorts for the politically ascendant OBCs of Bihar.

Interestingly, Mr Sinha has been chosen for the award for his play based on the life of Ashoka, who famously took up the path of non-violence after a victory against the kingdom of Kalinga in a blood-soaked war filled him with remorse.

The playwright has been in the eye of a storm following an interview he gave to a publication in which he made a number of uncharitable remarks about Ashoka, claiming that these were based on historical research.

Mr Sinha also observed that Ashoka had “committed many sins” early on in his life and, later, tried to hide these behind a cloak of piety, much like Aurangzeb sought to do more than a millennium later.

Notably, unlike Ashoka, hailed as a harbinger of pluralism and tolerance, Aurangzeb is often reviled as a bigot who treated non-Muslims unfairly, fuelling uprisings that led to the decline of the mighty Mughal empire.