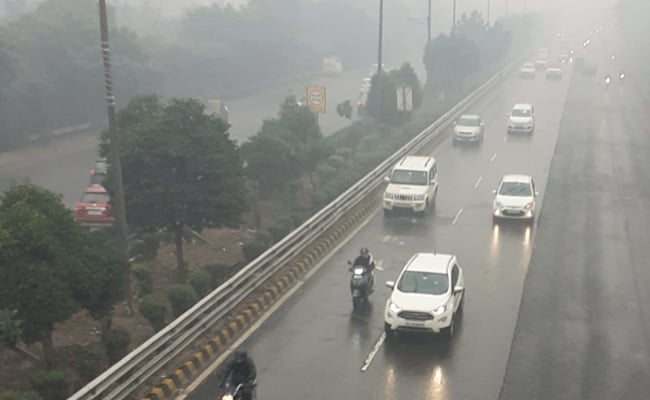 The weather department has also forecast rainfall for the next two days in Delhi. (File)

As cold wave continues in several parts of the country, Delhi this morning witnessed light rains and shallow fog that brought the temperature down to 12 degrees Celsius.

The weather office has predicted thunderstorm with rain for today. The maximum and minimum temperatures are likely to settle around 16 degrees Celsius and 11 degrees Celsius respectively.

After a foggy morning on Friday, that caused visibility levels to drop to 200 metres, Delhi had recorded a minimum temperature of 7.6 degrees Celsius.

The India Meteorological Department had earlier said that due to the activation of a new Western Disturbance, an induced circulation system is likely to form over Southwest Rajasthan on January 21 and supply sufficient amount of moisture along with winds from the Arabian Sea. Due to the effect of this system, there is a possibility of light to moderate rain with thunder in Delhi and nearby areas from Friday night, it had said.

The weather department has also forecast rainfall for the next two days in the national capital region. “Isolated to scattered rainfall is very likely over Punjab, Haryana, Chandigarh, Delhi, west Uttar Pradesh and east Rajasthan on January 20 and 21 and increase thereafter with fairly widespread to widespread rainfall on 22 and 23 January,” the IMD said in its bulletin on Friday.