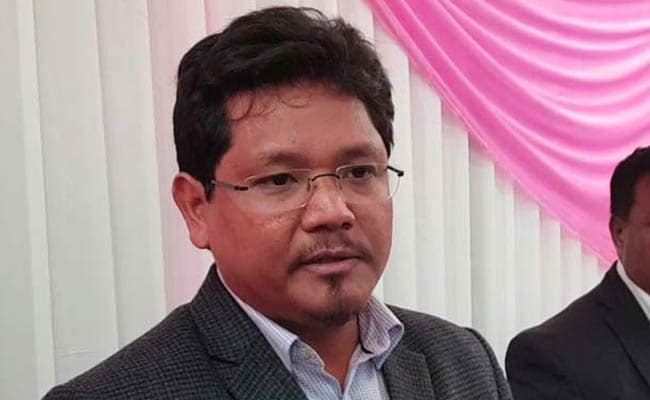 The candidate list was cleared by Conrad K Sangma

In Manipur, the National People’s Party (NPP), an ally of the ruling BJP, on Monday announced the first list of 20 candidates contesting the February-March polls. The state election will be held in two phases on February 27 and March 3.

After the opposition Congress, the NPP, also a national political party, announced the candidates’ list that has only two women – W. Sumati Devi (Lamsang) and Nalini Devi (Oinam).

Announcing the list in Imphal, NPP’s Election Management Committee chief Joy Kumar Singh has indicated that the party might announce the names of more candidates soon.

The NPP supremo and Meghalaya Chief Minister Conrad K Sangma earlier announced to contest the elections on its own this time. He said the party would field candidates in at least 40 of 60 assembly seats.

The Bharatiya Janata Party, which had bagged 21 seats in the last assembly elections in 2017, formed a coalition government with the support of four NPP MLAs, four Naga People’s Front (NPF) members, the lone Trinamool Congress MLA, and an independent member.

Manipur Chief Minister N Biren Singh, senior Minister Thongam Biswajit, who is holding six important departments including PWD and Panchayat and Rural Development, state BJP chief Adhikarimayum Sharda Devi have been camping in Delhi for the past two days for consultation with the central leaders for selection of candidates and finalizing the election strategies.

The Janata Dal (United) also on Monday announced a list of 16 candidates for the Manipur assembly polls.

The counting of votes will take place on March 10.