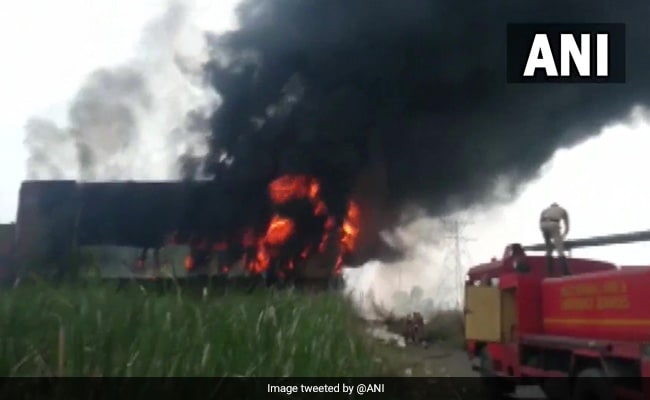 Three fire tenders have reached the spot to douse the flames.

A massive fire broke out at a thermocol factory in the Rajapur area of Domjur in West Bengal’s Howrah district on Saturday afternoon.

Sunetra Chattopadhyay, the company supervisor said that all the workers who were stuck in the fire have been rescued. “A fire extinguishing system was there inside the factory. However, it couldn’t be used to save one part of the factory from burning completely. We have incurred a loss of about Rs 1 lakh”, the supervisor added.