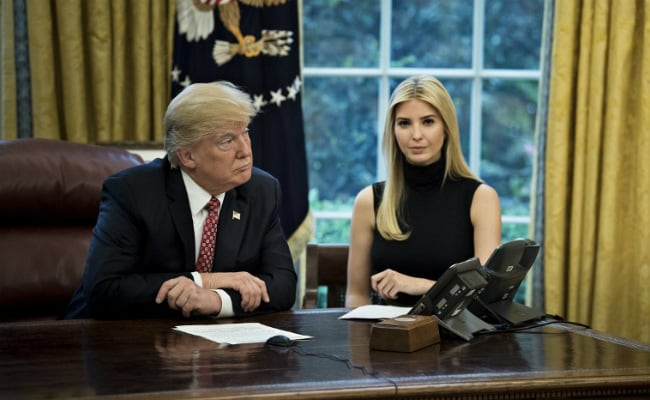 State Attorney General Letitia James, a Democrat, issued the subpoenas seeking their testimony in her years-long civil probe last month, according to the document.

The filing came to light after the Washington Post reported in December that James had asked Trump to testify in person at her office on January 7.

Following the report, Trump sued James, arguing that she was violating his constitutional rights with a politically motivated investigation.

James is probing whether the Trump Organization may have illegally reported false values on its properties, potentially to gain banking and tax advantages.

She launched her investigation in March 2019 and suspects that the Trump Organization fraudulently overstated the value of certain properties when seeking bank loans, and later reported much smaller values when declaring assets so it could pay less tax.

Trump’s son Eric, who is executive vice president of the Trump Organization, was interviewed by James’s office on the issue in October 2020.

The Trump Organization is also under investigation by the Manhattan district attorney for possible financial crimes and insurance fraud.

In July, the Trump Organization and its long-serving finance chief, Allen Weisselberg pleaded not guilty in a New York court to 15 felony fraud and tax evasion charges.

His trial is due to begin in the middle of this year.