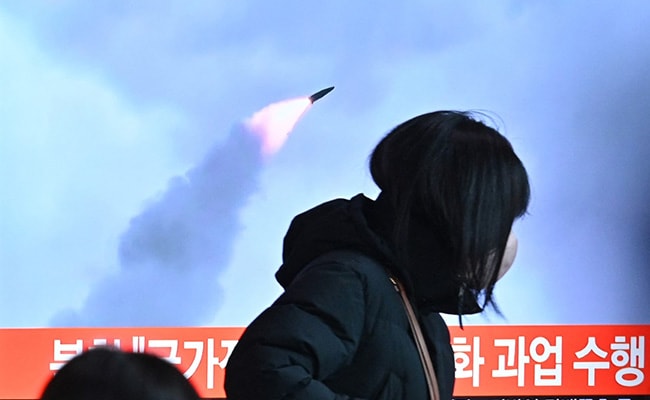 This was the nuclear-armed country’s third suspected weapons test in just over a week. (File)

And Japan’s coastguard said it had detected “the launch from North Korea of what appears to be a ballistic missile or missiles at 14h55”.

A coastguard spokesman told AFP it was still analysing where it fell and whether it was one object or multiple.

Despite international sanctions over its nuclear weapons programme, Pyongyang has already carried out two tests of what it said were hypersonic missiles this year, on January 5 and January 11.

After the second test, which was personally supervised by North Korean leader Kim Jong Un, the United States imposed sanctions on five people linked to the country’s ballistic weapons program.

The move prompted accusations from a foreign ministry spokesman in Pyongyang that the US was “intentionally escalating” the situation.

If “the US adopts such a confrontational stance, the DPRK will be forced to take stronger and certain reaction to it,” the spokesman said in comments carried by state news agency KCNA early Friday in North Korea.