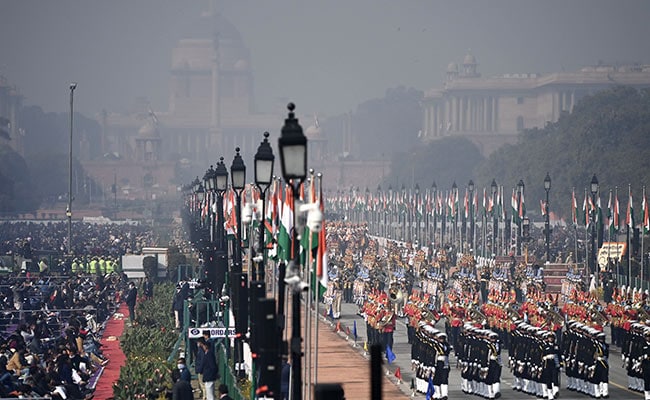 Hundreds of drones made different formations on Tuesday evening at Rashtrapati Bhavan on the evening of 73rd Republic Day.

A total of 1,000 Made in India drones made different formations as a part rehearsal for the Beating Retreat ceremony, at Vijay Chowk.

The hymn Abide With Me has been dropped from the event as per the details of the ceremony shared by Indian defence officials.

The Beating Retreat Ceremony marks the culmination of the week-long celebration of Republic Day, with India being the world’s largest democracy.

Republic Day Parade 2022 is all set to showcase India’s military might, cultural diversity and many unique initiatives to mark the celebration of the 75th year of Independence as part of ‘Azadi ka Amrit Mahotsav’.