Over 90% Of India’s Eligible Population Has Received A Dose Of Covid Vaccine: PM Modi 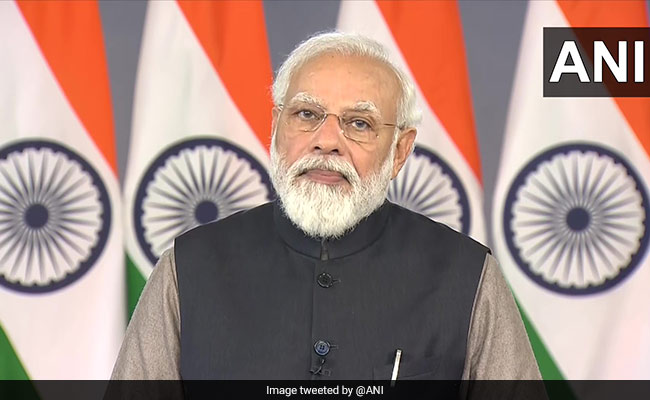 The Central Government has so far given 11 crore free COVID-19 vaccine doses to West Bengal for its fight against Coronavirus, said Prime Minister Narendra Modi on Friday while inaugurating the second campus of Chittaranjan National Cancer Institute (CNCI) in West Bengal’s Kolkata.

“West Bengal has received 11 crore free doses by the Central Govt. Over 1,500 ventilators and 9,000 oxygen cylinders have also been provided. 49 PSA Oxygen Plants are also functional. All of these would help the people of WB in the fight against COVID,” said Prime Minister Modi.

Prime Minister also shared that in just 5 days, over 1.5 crore kids aged between 15-18 have been given the first dose of vaccination.

“Out of the entire eligible population, over 90% of India’s population has at least got one dose. In just 5 days, over 1.5 crore kids aged between 15-18 have been given a dose,” said PM Modi.

According to Prime Minister’s Office, the second campus of CNCI, which PM Modi inaugurated today via video conferencing, has been built at a cost of over Rs 530 crore, out of which around Rs 400 crores have been provided by the Union Government and the rest by the West Bengal Government, in the ratio of 75:25.

The campus is a 460-bedded comprehensive cancer centre unit with cutting-edge infrastructure for cancer diagnosis, staging, treatment, and care.