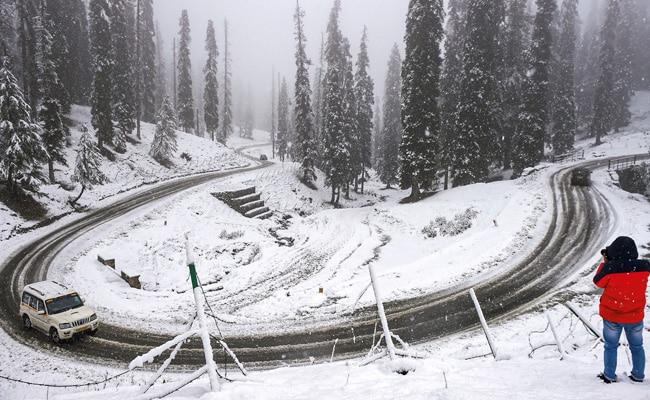 The army needs the land for operational and training requirements

The snow covered peaks of Gulmarg and Sonmarg – long visited by tourists – could now see more army presence. The government has allotted 129 acres of land in Gulmarg, India’s finest skiing destination, and 44 acres in Sonmarg, to the army for operational and training requirements.

The decision, which has sparked concern, has been taken by the J&K Union Territory government which notified the land as “strategic areas” after a request by the army to use it for military purposes.

Both the areas have largely remained free from conflict. The army already has a presence in both places where it is running high altitude warfare schools.

In 2020, the government amended rules in Jammu and Kashmir, authorising the administration to notify “strategic areas” for use by the armed forces and regulating construction through a special dispensation.

Accordingly, an order was issued by J&K tourism department that notifies the land in Gulmarg and Sonmarg as “strategic areas” and allotted large chunks of land to the army. The department asked the army to adhere to environmental laws and prevent any hazard.

“Corp Commander shall ensure strict adherence to the environment related laws to prevent any environmental hazard,” reads an order issued by the secretary of the Tourism department.

“Corp Commander shall ensure that no other applicable law in force in the Union Territory of Jammu and Kashmir is observed in breach” the order said.

Political parties criticised the decision, saying it is going to further militarise this picturesque region and demanded a review.

“This land acquisition by security forces will inevitably create a warzone like atmosphere in the area. Now they have taken over around 1,300 kanals of land in Gulmarg and Sonmarg, this is extremely sad that our prime locations are being occupied by forces,” said Imran Nabi Dar, Spokesman, National Conference.

The PDP has alleged that the transfer of land to army in tourist destinations is an attempt by the government to convert J&K into a military garrison. PDP spokesman Mohit Bhan said the government should rather notify land for return of migrant Pandits instead of increase security footprints.

“What’s the need of the hour? It’s to demilitarise this place instead of bribing military to door steps of people. Irony is that Kashmiri Pandits have waiting to return for last 32 years but couldn’t find land,” said Mr Bhan.

While the army needs the land for operational and training requirements, given its massive presence in Kashmir, people associated with tourism are questioning why the land in two prime tourist destinations has been allotted for military purposes.