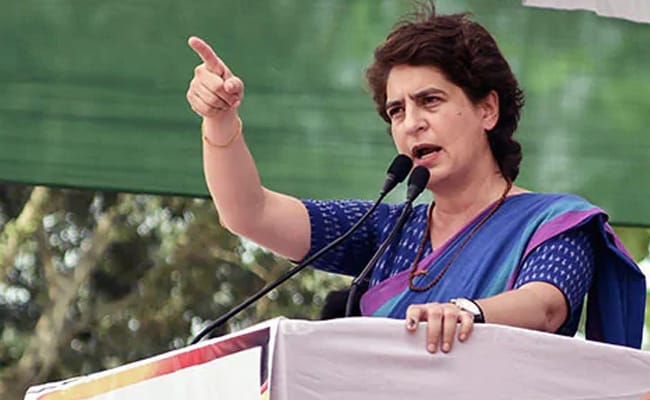 Priyanka Gandhi said the UP government must ensure that all candidates can take the TET. (File)

Congress general secretary Priyanka Gandhi Vadra on Sunday slammed the BJP-led Uttar Pradesh government and alleged that candidates appearing for the UP Teacher Eligibility Test (TET) exam were denied to take the exam on Sunday.

Taking to Twitter, Ms Gandhi said, “Due to the corruption of the BJP government, once the TET paper was leaked and the examinees had to come to appear for the paper again today. Today, in many places, the candidates were denied to take the TET exam, which is a complete injustice. The government should take immediate cognizance to ensure that all candidates can appear for the examination.”

Today, several candidates appearing for UP Teacher Eligibility Test (TET) at a centre in Noida were denied entry for not producing valid documents.

UP TET aspirants claim to be have been denied entry at Sector 30 DPS – exam centre in Noida.

However, Ranvijay Singh, ADCP, Noida refuted the claims and said, “Those not having valid documents were not allowed, as per the officials here…For marksheet attestation, they should have it signed either by Principal or a concerned officer, but they got it from somewhere (else)…which is why they were denied entry.”

The UP TET paper was cancelled last year following the alleged question paper leak. The exam was held across the state today.