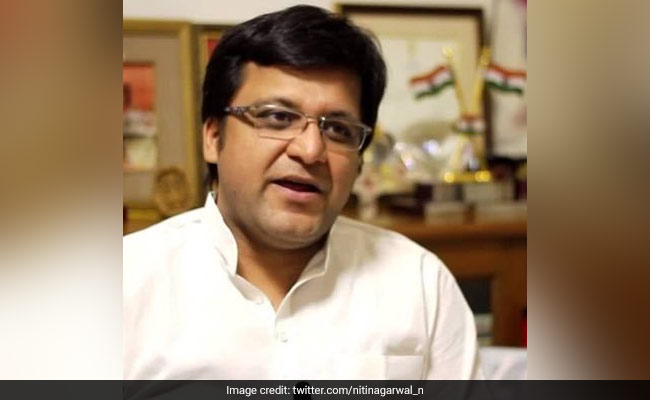 Uttar Pradesh’s Deputy Speaker Nitin Agarwal, a Samajwadi Party MLA who had been elected to the post with support from the BJP, has formally quit his party.

The SP MLA from the state’s Hardoi Sadar Assembly seat said he has also quit as the MLA and deputy Speaker of the House.

“I have sent my resignation from the SP to its national president Akhilesh Yadav. I have also resigned from the Assembly membership and from the post of the Deputy Speaker,” Nitin Agarwal told reporters.

Mr Agarwal, who was elected as the Deputy Speaker with the BJP’s support, had not formally joined the party and was still an SP MLA.

After sharing the stage with Union Home Minister Amit Shah during the BJP’s Jan Vishwas rally, Mr Agarwal is now likely to contest the upcoming polls from his Hardoi Sadar seat on a BJP ticket.

Political observers say that his resignation is a mere formality as he has already gone with the BJP.