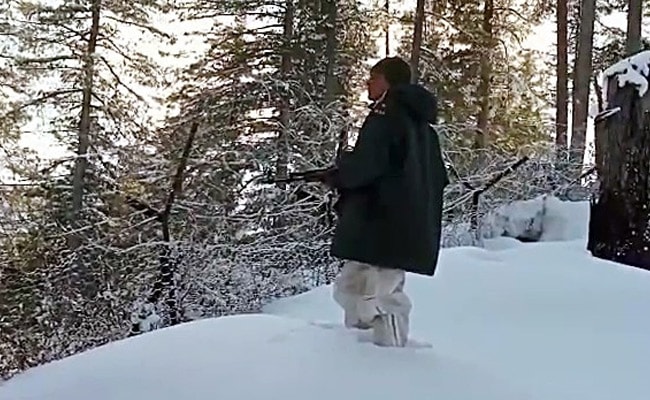 BSF troops have also been deployed on the Line of Control in Naushera, Rajouri and Poonch sector

It also seized 17 weapons, over 900 rounds of ammunition, 30 explosive devices and over 38 kg of narcotics in 2021, they said. The BSF has relentlessly carried out anti-tunnel drives along the International Border, during which it detected two tunnels and made a huge dent in the infiltration attempts of militants from Pakistan, they said.

As much as 38.160 kg of narcotics, four AK-47 rifles, seven AK-47 magazines, 339 rounds of AK ammunition, 13 pistols, 32 pistol magazines, 371 pistol ammunition, 13 grenades, 233 other ammunition, 16 metres of cordtex wire (a kind of detonating wire), a wireless set, six mobile sets, a radio receiver, 13 detonators, 15 detonator fuses and four sticky mobs were among the recoveries made by the BSF along the International Border, the officials said.

The troops also neutralized a Pakistani man who was trying to smuggle a consignment of narcotics from Kathua border. About 27.25 kg of drugs was seized from his possession, they said.

The BSF troops also seized about 10.93 kg of narcotics from Akhnoor along with fake Indian currency with a face value of Rs 2,75,000, they said.

“The aim of the anti-national elements to spread disharmony by carrying out nefarious activities stands thwarted. The BSF is fully prepared and has augmented its resources to rise up to the challenges in 2022,” he said.

Despite deployment in hostile areas as well as in sensitive and hyper-sensitive scenarios, the BSF has always stood up to the challenges with aplomb, Boora said. Frontier headquarters of BSF Jammu mans about 192 km of the International Border with Pakistan. Its troops have also been deployed on the Line of Control along with the Indian Army in Naushera, Rajouri and Poonch sectors.

At the beginning of 2022, the troops scuttled a major militancy bid by recovering 4.950 kg of narcotics and a consignment of arms and ammunition in Arnia sector, the officials said.

The BSF Jammu Frontier has also been at the forefront in assisting border population through various initiatives, they said.