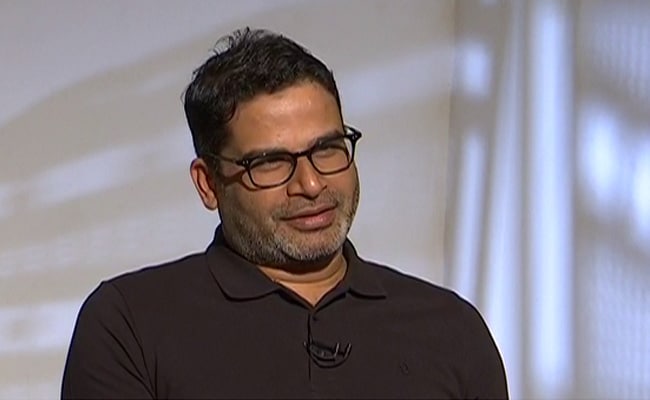 Prashant Kishor said the Congress was key to beating the BJP on a national level.

Election strategist Prashant Kishor on Monday said that his talks to team up with the Congress fell through after nearly five months of discussions following the West Bengal elections, and although the party remains vital to defeat the BJP on a national level, its current leadership – seemingly hinting at the Gandhi family – is not.

“The maximum number of hours I have spent post-Bengal results, was when I was talking with Congress. Almost five months, I have given every minute of mine between May and September,” he said in an interview to NDTV, adding that in all, he had been in discussions with the party for about two years.

“For others, it looks natural that Prashant Kishor and Congress should come and work together. But both sides have to take a leap of faith to work together. That did not happen with the Congress,” he said.

“Coming together required a leap of faith from both sides and for various we could not take that leap of faith. For example, on my side, I had a bad experience working with them on UP (2017 elections). And hence I was very sceptical. I did not want get in have my hands tied,” Mr Kishor said.

“To be fair to the Congress leadership, because of my background, they are not wrong in being sceptical about whether I will be 100 per cent loyal to them,” he added.

“I was going to join the party. It was not about a specific election. It wasn’t even about the 2024 elections. It was about rebooting the Congress,” Mr Kishor, adding that he was in agreement with the party on “90 per cent” of issues.

“I admire the Congress. The idea and space it represents, without it, an effective opposition is not possible. However, that does not mean it will have to be the current Congress under the current leadership. Congress needs a revamp to defeat the BJP,” Mr Kishor said.

Defending his efforts to help the Trinamool Congress – seen by many as an operation by the West Bengal Chief Minister Mamata Banerjee’s party to supplant the Congress as the dominant opposition force – he said it was not “revenge”.

“I am too small a person to take revenge on a party that big. I do think that in our country, we need strong opposition. Congress as an idea should not be allowed be weakened. It is in the interest of democracy,” he said.