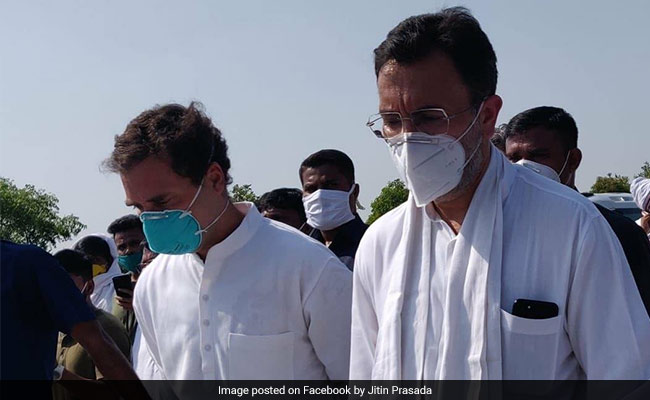 Congress’s Priyanka Gandhi Vadra today explained why no attempt was made to hold back senior leaders of the party from Uttar Pradesh like Jitin Prasada and Lalitesh Tripathi once they made up their minds to quit — a situation that is seen as worsening the party’s chances in Uttar Pradesh. “I realised that they had made up their minds for, perhaps more personal than political reasons,” she said, when asked about the exit of several key leaders of the party to the BJP over the last two years.

“I think that once I realised, with at least the ones I was in touch with, that was the case. I did not feel the need to stop them. Because I felt that the kind of battle we are fighting, it is a very tough and rough battle and you really have to have the… stomach to be able to take it,” she added.

Since the Congress’s massive defeat of 2019, the party has lost a number of leaders who later went on to add to the strength of the BJP. The biggest of these was Jyotiraditya Scindia, whose defection with 22 MLAs cost the Congress its government in Madhya Pradesh in March 2020.

The subsequent face-off between Rajasthan Chief Minister Ashok Gehlot and his then deputy Sachin Pilot had also brought the state government to the brink of a crash. The matter, however, was resolved with the personal intervention of Ms Gandhi Vadra.

So it surprised many when the party’s key leader from Uttar Pradesh, Jitin Prasada, joined the BJP ahead of the state elections – a move that was seen to bolster the ruling party’s shaky position among the Brahmins.

After Ms Gandhi Vadra was handed charge of the state, the two had worked closely to revive the party in the crucial area.

Asked if retaining talent in the party is becoming a problem, Ms Gandhi Vadra said in the case of Jitin Prasada and Lalitesh Tripathi, they had full opportunity to air their grievances.

“As long as I am in charge of UP, their opinions, their recommendations, how they want it to function — was fully valued. They were in touch with me all the time. So a lot of the things that they say when they leave, of being in touch not being in contact, etc… I wouldn’t say my point of view is completely different,” she added.