Will Contest Many More Seats Than 11 In UP, Says BJP Ally Anupriya Patel 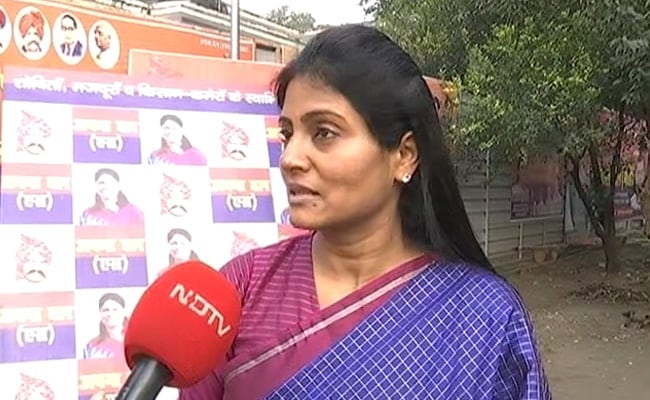 Ahead of the 2019 polls, Apna Dal had threatened to quit the alliance with BJP.

BJP ally Apna Dal today said they will contest “many more” seats in Uttar Pradesh in the coming elections than the 11 they contested in 2017 and the matter will be finalised soon. “We will make a formal announcement regarding the seats in a day or two,” party chief and Union Minister Anupriya Patel told NDTV in an exclusive interview today.

Apna Dal has a support base among Kurmis in the eastern Uttar Pradesh and is currently the BJP’s biggest ally in the state. The alliance dates back to the 2014 national elections, when the BJP won 71 of the state’s 80 seats. Apna Dal had added two more seats to the tally.

In the 2017 assembly elections, when the BJP swept to power in the state, Apna Dal had won nine of the 11 seats it contested.

The tie-up though, had been rocky. Ahead of the 2019 national election, the party had threatened to quit the alliance, alleging that the BJP was “not taking care of its allies”.

In the state too, it had differences with Chief Minister Yogi Adityanath and had complained about its treatment of allies. “The state BJP leadership isn’t giving us the respect we deserve,”Anupriya Patel’s husband, Apna Dal leader Ashish Patel, had said, seeking the intervention of the Central leadership.

In July, Ms Patel, who held the health portfolio for a while in the first stint of the Narendra Modi government, was given a berth in the Union cabinet.

Asked how she intended to work for her supporters in view of the impression that the Yogi Adityanath government does not pay heed to the so-called lower castes, she said, “I’ll just say that we have partnered the BJP on basis of our priorities and principles. We will not abandon those”.

Anupriya Patel’s mother Krishna Patel, who heads the breakaway faction of the party, is partnering Akhilesh Yadav’s Samajwadi Party, the key challenger to the BJP in the state.

Asked about Krishna Patel’s allegations that she is cheating the Kurmi community, she said: “My father formed the party in 1995 and my party has not deviated from the values and principles and the search for social justice by which he steered his party. You check our history… We have not made any compromises…  my community knows what I am doing for them.”