Will Delhi End Weekend Curfew And Odd-Even? Decision Coming Up 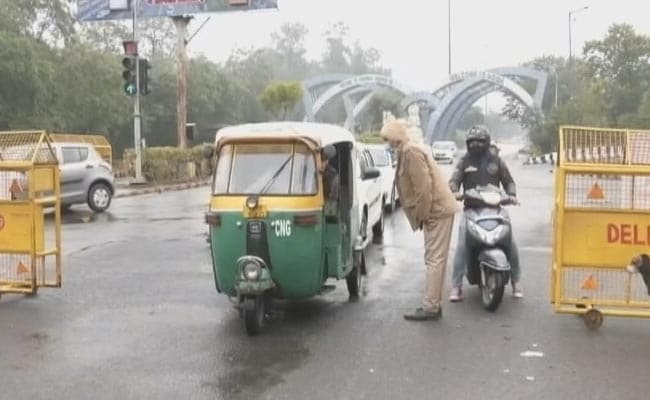 A weekend curfew was announced after a surge in daily cases.

Amid demands of lifting weekend curfew and odd-even system of opening shops by traders as well as the AAP and the BJP, Delhi’s top COVID-19 management body DDMA will meet on Thursday to review the pandemic situation in the city.

The meeting of the Delhi Disaster Management Authority (DDMA) to be chaired by Lt Governor Anil Baijal is scheduled at 12.30 pm on Thursday. Chief Minister Arvind Kejriwal is also likely to attend the meeting that will discuss relaxations that may be allowed in view of improvement in COVID-19 situation in the city, officials said.

According to an official source, the government is also likely to take a call on the reopening of schools from February depending on the vaccination status of students by the end of this month.

The Delhi government on Friday had proposed lifting the weekend curfew and ending the odd-even scheme for opening shops in view of the pandemic situation but Lieutenant Governor Baijal suggested maintaining status quo on the restrictions till the situation improved further.

The LG office, however, had approved the government’s proposal to allow private offices to function with 50 per cent staff strength, official sources said.

Deputy Chief Minister Manish Sisodia had said the decision to ease the restrictions was taken in view of the declining number of Covid cases in the city and also to ensure that the livelihood of the public is not affected.

“Now since the cases are going down and it also seems that the peak has gone, we want to ensure that the public’s livelihood continues smoothly. We have proposed to do away with weekend curfew and also with the odd-even arrangement of the opening of shops in markets,” Mr Sisodia had said.

Traders in many parts of the city have also been protesting against the restrictions and demanded the curbs be lifted, including those imposed on shops selling non-essential items being permitted to open on alternate days based on the odd-even system.

The weekend curfew is implemented at 10 pm on Friday and continues till Monday 5 am.

The decision to impose a weekend curfew was taken by the DDMA on January 1 due to the rise in COVID-19 cases in the city.

The DDMA had also imposed other restrictions including the closure of all private offices dealing with non-essential services. A night curfew during weekdays is already in place from 10 pm to 5 am.

The number of fresh COVID cases went down to 5,760, according to the Health bulletin issued on Monday, from the high of over 28,000 a fortnight ago. The positivity rate also came down to 11.79 per cent.

Delhi BJP president Adesh Gupta also recently wrote a letter to Baijal requesting him for the lifting of weekend curfew and odd-even shop opening scheme besides allowing restaurants and gyms to run with 50 per cent capacity.